Looking forward to the future of energy, it’s likely that hydrogen engines will be at least part of our power sources for vehicles. With this in mind, much work is being done to establish the best possible hydrogen engines. Experts have found that a traditional engine doesn’t have the efficiencies that we would need, but a Wankel rotary engine does. Both easy to mass produce and modify for hydrogen fuel, it’s a promising option.

One of the limitations in traditional Wankel engines is the clearances required in the valve seals to accommodate large amounts of carbon build up caused by traditional gasoline. However, that same engine running on hydrogen doesn’t need such clearance. Converting a Wankel engine to run on hydrogen would be promising for other reasons as well- one of the more popular answers to clean energy is to have future vehicles running on an electric motor and battery arrangement. While this would normally pose a challenge for heavy goods vehicles (they’d be limited due to the size and weight of battery required to power a HGV), a hydrogen-powered Wankel engine would run at a constant speed/RPM. This would constantly charge the vehicle battery as it runs, allowing for a smaller battery cell overall. 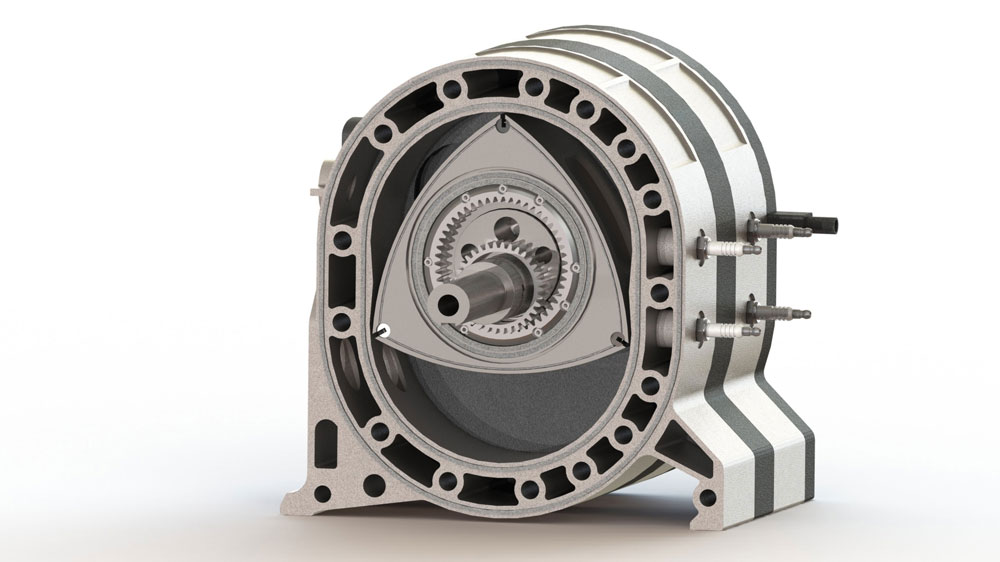 AFT Fluorotec coatings were approached by a team linked to a project run by Brunel University looking at the possibility of Xylan coating the PTFE corner seals used in a Wankel Hydrogen engine to reduce the gaps and clearances which cause low efficiency.

AFT worked with a number of test seals which we coated in a variety of coating types and thicknesses, which were also varied on either side of the valve corner seal which were then tested by our customer until the optimal results and clearances were established.

Using a PTFE coating turned out to be the perfect solution to this problem as it meets the temperature requirements and retains its non-stick, low friction properties, enhancing its performance within the Wankel rotary engine. It also negates the requirement of extremely high tolerance machining of the same components which would have been enormously expensive, meaning our coatings were a cost-saver in their application.

This was a satisfying outcome for everyone. We relish the opportunity to work with clients to solve complex design problems. We are happy to consult with you on your next project to see if a PTFE solution would work for you.