Chilled iron is a hard abrasive and similar to aluminium oxide grit blasting, is often used for etching purposes. As the chilled iron media is blasted at the metal surface, it breaks at an angle producing a permanent mixture of sharp grit with the ability to roughen up extremely hard surfaces and clean quickly. Because of the profile of the chilled iron media, it is often used for surface preparation of metal spray coatings.

Steel grit is an aggressive blasting media, most commonly used to remove contamination such as rust from steel and foundry metals. Similar to chilled iron, it can also be used to leave an etched finish on surfaces. We have found that using steel grit to prepare a component for repair will enable better adhesion of coatings. 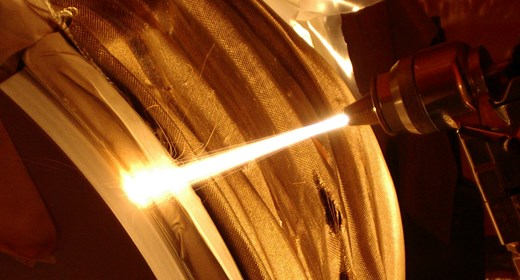 What are Thermally Sprayed Coatings?

Thermally sprayed coatings is a process where the material is heated and small particles are projected onto the prepared surface, where they adhere and form a continuous coating. 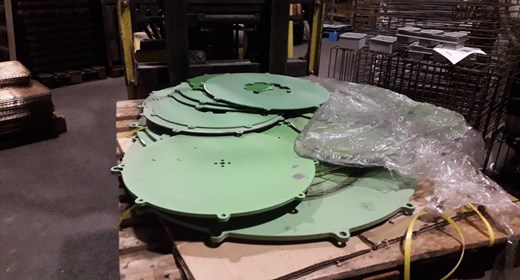